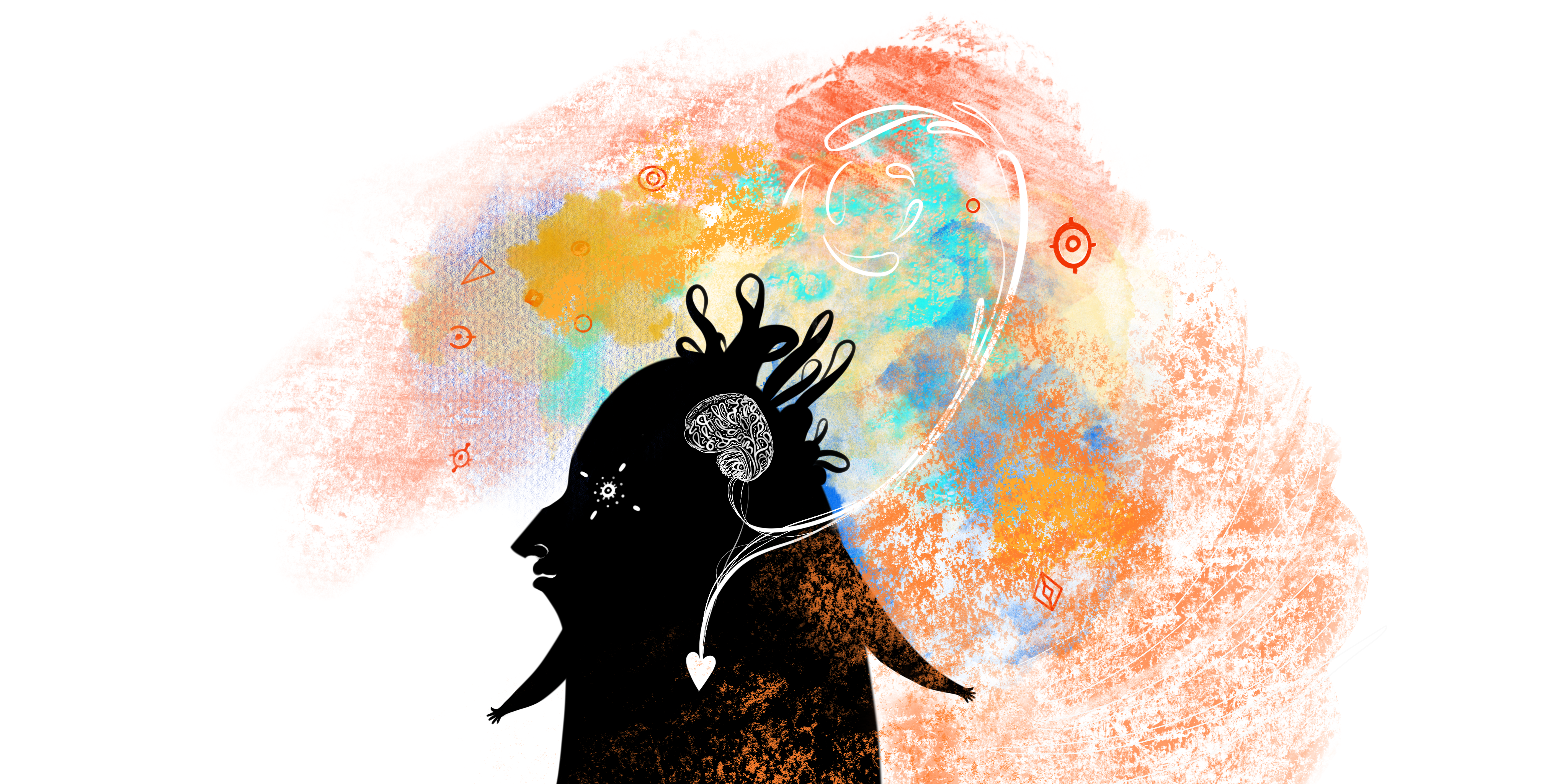 The beginning is hard, always hard. Staring at an empty page is intimidating. And that is when I get round to staring at an empty page. I have to get the life stuff out of the way too, of course. Nobody likes to write or read about laundry or daily grocery visits. But these things are part of most people’s lives. This might all sound like first world problems, but today I’d like to focus on the struggles of the non-structured creative person looking for a system – not for creativity but for life in general.

Creating creative habits are the best tactic I have right now, and are recommended all over the Internet, but that’s not saying much. While many helpful tips like “staying focused”, “creating daily routines” and “get in a creative mindset” are well-intentioned, I cannot forget that creating something isn’t just a state of mind, it also involves the act of creating, the putting-pen-to-paper-part, or the brush on the canvas, or the Apple Pencil on the iPad or whatever. I find that a daily routine does help with becoming more creative and many big writer agree. How many interviews with writers I’ve read that say they write every morning from 6 to 10 (or like Dutch children’s horror writer Paul van Loon, who says he mostly writes at night – though that may be a public image thing), or whatever suits them. You supposedly can find them writing at their favourite desk or in their favourite coffee place. Creating a ritual, really. There’s a sometimes unintentionally hilarious course on Skillshare, if you want to get everything right. It’s a bit too posh to fully take at face value, but you get the point: try to create the ideal circumstances to become creative, and then just be creative.

There’s a downside to this though. Habits often rely on a certain time and a certain place, which also means sacrificing the ability to as it were “live life, in the moment, to the fullest”. Scheduling a daily writing routine. After all, setting up a routine for writing might be easy when it’s the only job you have, but combining it with some other 9-to-5-experience usually means spending less quality time with friends or in your relationship, or simply sacrificing on the sources that bring you joy in life. It’s a balance that everyone of us have to make work: doing things you love, spending time with people you love and doing the things you have to do. You know, the life stuff.

When looking for a system to work with all of these things, it’s nice to visualize the end result. It might not be as complicated as the transport network map of a big city, or the protocols used in big companies to get something new approved, but ideally it’s something that will end up with results, balancing all the things in life without actually being restrictive in anyway. I don’t really care for becoming more productive or getting everything done. All I want is lead a life with meaningful experiences while also contributing something meaningful myself (so here we are!).

As far as life systems go, you usually end up with productivity systems like Getting Things Done (GTD) by David Allen. Setting up such a system can actually be quite fun. It’s somehow nice for me to make a task list and then order it in priorities, schedule it for sometime in the near future and then not thinking about it until it pops up again. But then the work itself starts: living by the system: adding new tasks and finishing the old ones. And there we find the difficulty. Because the work starts and the work sometimes (often?) doesn’t feel like living the meaningful life thing I described above. And often, life gets in the way of any productivity system. Which for me kind of defeats the purpose of using it.

A more freewheeling system for me seems more suitable: a system like a bullet journal, which I’ve adopted and used for the past few years. But that too has it ups and downs. After all, ideally it requires sitting down regularly with your paper journal and writing things down and working on whatever you wrote down before. Which is cool and grand, but more often than not during the weekends – which is when I have most of my spare time – is when I fall of the wagon and the journal will remain untouched until Sunday night or Monday morning (or even later). Then I’ll pick it up, look at all the stuff I had planned to do, and sigh in resignation as I have to move deadlines or rewrite most of the list for the next day.

The bullet journal system, however, is rather forgiving. It encourages you to simply continue on a new page as if no lapse ever happened. Which is cool. My mind is not as cool, sadly, and it will be annoyed. It is annoyed, as I’m writing this on a Monday, as you may by now have suspected. And you can use it weekly or in whatever way works for you. I haven’t found a way to make the system about all those aspects of life. It remains a rather formal way of journaling. On its own, it lacks the power of becoming something meaningful, something emotional, as life can be. I’ve toyed with adding cinema tickets and other little things to the journal, to make it a more personal document, but in the end, it’s mostly full of lists of minor life stuff. Some users make their pages more beautiful by adding scribblings, drawings and beautiful lay-outs. This may beautify your journal, but doesn’t necessarily make your journal more emotional, or more something representing your life. I haven’t been able to make my journal the foundation of my creative work.

And thus, it’s not perfect for me. Unless I want my life to be the endless completion of repetitive tasks. Yes, I would like to get things done. No, I don’t want to end up reviewing tasks every day or every week. Which is a shame, because productivity systems mostly succeed when you follow them religiously. Which is not how I want to live my life. So really, what options are there for me to become creative and productive? To live meaningfully and spontaneous? To effortlessly incorporate creative activity and embrace life as it comes?

Ideally I’d cook up a system where I automate most of those mundane home tasks – perhaps in some digital format because of the disposable nature of those tasks. Why, after all, keep a permanent record of things that often become irrelevant once you finish them?After dumping those tasks somewhere and allowing my head to be clear, I can then focus on creating the habits that allow me to be creative. Here we have the contours of the structure in which to be both creative and productive. A system of creative habits and mostly boring tasks. The tasks and lists, which for now are going into a bullet journal, a document of mundane things, an incomplete report of life. But even with creative habits and ordinary tasks, something is missing.

I’m not one to try to pin down what works into some kind of mathematics formula. But if I have to add something to the equation (tasks) + (habits) = life, it would probably be impulses. Both creative impulses and social / life impulses should be embraced. For example, if you get the sudden urge to clean the kitchen, you probably should act on it. Because you’ll probably do a more satisfying job than when you do it because you feel like you ought to and you wrote it down in your task list for the day. And impulses can end up supplying the most rewarding hours, even days in my life. If not for impulses, I’d never met my girlfriend, or done many of the things I’ve done.

And creative impulses are essential on getting started with some new project. If not for creative impulses, this article would never have existed, let alone this website. Once the impulse gets too big however, it ends up in a swamp of habits and tasks, which is why this website launched just now, and not last Summer. I’m not sure impulses always result in my best work, and I’m pretty sure I get more creative impulses (and better ones too!) when I get into the habit of writing more regularly. But yes, impulses are essential for me. So I’ll try to act on them. Even though it might interrupt something else.

The System That Works For Me

But anyway, the system… Tasks for work, habits for creativity and impulses for the flexibility to live a meaningful life. That is where I am right now in my head. And now to implement it… Sure, it would be easier if I wouldn’t have to work a job to make a living, or if the day consisted of 32 hours. The things I could do! (also: I could sleep so much more!). But that’s not realistic. And thus I have to find a way to make it work, how to implement my system in a way that feels good to me. To allow acting on impulse without feeling guilty or stressed or that I’m deviating from the Tasks or the Habits. Balance, I guess, is what I’m looking for.

I’d really like some recommendations on how to make this work. In essence, a guide for being human – at least for me right now. I need reading material, that explains how to balance the different kind of elements that make up life. I’m sure I can find many apps and tricks to put parts of my life in. But I don’t really wanna work around technical limitations. I want to create a system that, finally, works for me. A system that allows for a clear perspective on being creative, being structured when necessary, but that allows for life itself and being human as the highest goal of all. That way I end up not being a slave to any sort of system, but being my true self and possibly a better version than I could have imagined. I don’t know yet what I am looking for, but please send any recommendations my way. I hope to report back later, when I’m further along figuring out the life stuff…

0 comments on “On creativity and structure: looking for a life system”