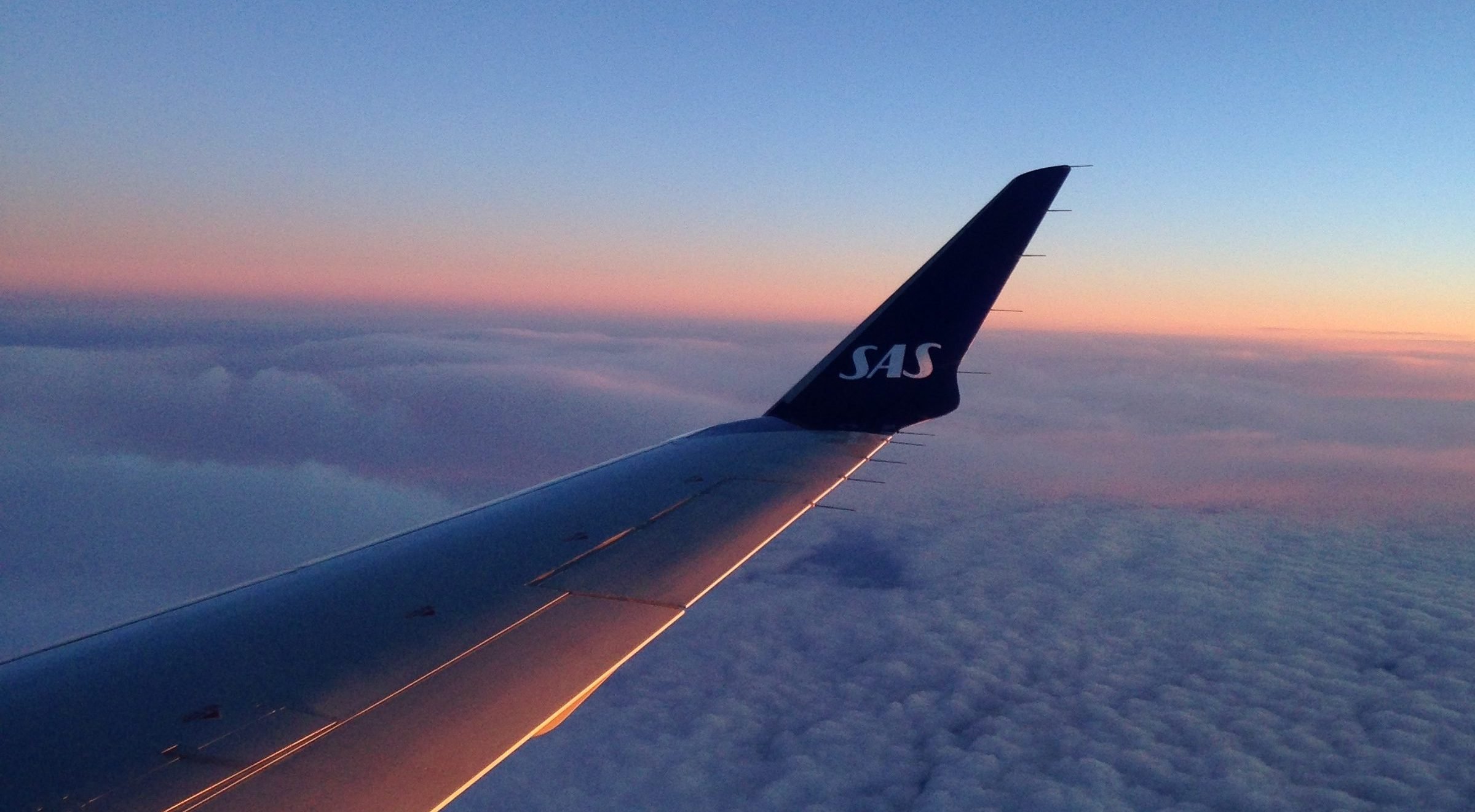 After my favourite writer Kazuo Ishiguro was awarded the Nobel Prize in literature, I read one of his interviews.

“I would, for a four-week period, ruthlessly clear my diary and go on what we somewhat mysteriously called a “Crash”. During the Crash, I would do nothing but write from 9am to 10.30pm, Monday through Saturday. I’d get one hour off for lunch and two for dinner. I’d not see, let alone answer, any mail, and would not go near the phone. No one would come to the house”

Kazuo Ishiguro in The Guardian (2014)

That’s what , — Ishiguro said about his work on The Remains of the Day. Oh, that was easy, I thought to myself — he didn’t have an iPhone back in 1987.

Three years ago I discovered that the best time for me to work and think is while I’m on a plane. That’s still the case, and it’s becoming more and more evident on every subsequent flight.

All six of the messaging apps I use don’t work, so even flight attendants cannot text me to ask whether I’m going to eat that chicken & rice or not. I don’t read Twitter, and I don’t randomly open TechCrunch to check the new headlines. I don’t receive e-mails so I don’t have to show my responsiveness. To my despair, I’m not able to refresh Google Analytics 5–10 times an hour to see any updates on the usage data of the startup I am working on.

Ok, so would Mr. Ishiguro be able to do the same thing nowadays, as he did in 1987, I’ve asked myself after reading that interview. Probably yes, as he seems to have much better will power than most of us. But can most of us follow his footsteps and do the same thing? I’m not sure.

On my following flight, when the cabin crew asked the passengers to switch our devices to airplane mode, I gratefully did it. I anticipated all the things I could freely do for the next three hours. Write a long document I was going to write two months ago. Listen to more than half a song from Liam Gallagher’s new album. Think. Plan the next year. Organise and delete all the random Evernote notes I’ve made in the past six months. Read a whole chapter from James Joyce’s Ulysses.

Feeling able to single-task for 200 minutes was a truly happy moment for me.

(NB: I did most of the previously mentioned things during two connecting flights that day)

And while I was happily smiling about upcoming opportunity to do that many things in such a short period of time, one thought came to mind. It seemed that in most of the moments of my life for the last five years I just didn’t have the right or permission to single-task. And to be completely honest, didn’t have the right to stay offline at all.

More so, I probably voluntarily gave up this hypothetical right for no reason. And what’s worse, most of the people I know did the same thing. So being permanently online quickly became a new ethical norm and a social requirement.

BTW, I’m writing this text with the Wi-Fi on my laptop switched off. I forced myself to do it, and still it almost didn’t help me start writing, as I still have the non-stop desire to check my incoming messages, read the news, or ping the members of my team to ask them about their plans for the rest of the day. Today people expect me not only to be constantly accessible, but to be proactively online — chat, answer, and think in 15 different contexts all at once. Frankly, it blows my mind. I made a lot of effort to adapt to this new reality in the last five years, but I don’t see any point to adapting any further.

I see the following reasons to reconsider my permanent online presence (aside from spending my supposedly “conscious” life hours being distracted and absent-minded):

When my 76 years old mom sees me online while I’m connecting between my flights in an airport, she usually writes me on Skype. Do I think about her when I answer her messages? I’d like to say yes, but I’m also very focused on these urgent e-mails I need to reply.

And when 20 people speak to me at the same time, am I really speaking to any one of them?

I feel that every new chat creates a semblanceof connection rather than the connection itself. I pretend to talk, probably about something meaningful. But dozens of simultaneous chats require me to divide my attention into so many little pieces that eventually I pay no attention to anyone at all.

B) It eats up my time

I’m a startup founder, and in my world asynchronous connections enabled by messengers are perceived as a Holy Grail. With messengers I can talk to 20 people at once, they say; it is much more effective than calling.

The reality is the opposite — not paying enough attention to any of these opened chats often leads to a 2-hour text-and-emoji conversation rather than a five min call.

C) It provides me with “easy wins” I don’t need

It’s much easier for me to pay attention to the urgent tasks than to important ones (which are not always the same). And being online 24/7 gives me so many urgent tasks: I easily can spend the day answering all incoming messages, and at some point I might even feel satisfied with that.

At least I’m doing something, right? But is it a reason to be satisfied?

D) It gives me an illusion of self-development

I read tons of online articles and watch several hours of videos during the week. Sometimes I do it ’cause it might help me work better. Sometimes it covers a topic I cared about when I was in secondary school. Most of the time I simply have to read and watch them, and it’s my personal FOMO.

I mean, I learn a lot of facts from these articles and videos. The total number of Floyd Mayweather’s wins in his boxing career. The ability to raise $500m just by wearing a Patagonia vest. The number of tickets sold to britpop gigs in 1996 in the UK. The scale of corruption in South Korea. The prices on pre-order confirmations for new iPhones scalped on eBay.

Each fact I discover takes away some of my time, but also rewards me with that wonderful feeling of learning. And what can be better than learning every moment of my life?

It’s the same feeling I get when I practice a skill I want to learn, like playing guitar, or reading an interesting book or research, or listening to a world-famous lecturer on Coursera.

Except that I don’t learn a thing from these facts. I just feel happier because I added 100 more facts to my brain that, in the most cases, have nothing to do with my daily goals, my job, or my personal life.

But what makes it worse for me is the network effect. I’m not only not able to resist the temptation to learn more facts about the world. I want to share the most interesting ones with my friends and colleagues.

And so they want. And there are so many interesting facts to share! That’s the way we quickly put ourselves into this rapidly accelerating loop of sharing random facts. It’s a loop of chaotic learning, and I don’t believe it will make me or any of my friends smarter, wiser or more skilful.

E) It makes me a shallow person

It’s obvious: interruptions and switching between random contexts and facts do not allow me to study any of them in depth. My shrinking attention span is just not enough for that, so I settle for knowing more and more things that are on the surface.

This subject is covered in detail in Nicholas Carr’s book “The Shallows: What the Internet is Doing to Our Brains”, a book that I admire.

But what Mr. Carr didn’t mention in his book is the network effect I wrote above. By being connected to each other night and day and by consuming and sharing infinite and self-updating content, we are not only becoming more shallow ourselves. We are also willingly investing our time to help every person around us become equally as shallow.

I know many smart people who are not disturbed by all this stuff. They are just sure that our brains will somehow adapt. I’m not an expert in evolution theory, but if our brains are going to change, it apparently might take thousands of years.

I’d prefer not to wait that long to solve these problems for myself. So I use some tricks to mitigate some of these problems and regain my right to stay offline and to single-task. I negotiate and make deals with those close to me: for example, several times a month I tell people that today is my messenger-free day. I seek and find excuses to stay offline legitimately, like reading, traveling, going to a gym, meditating, driving, or drinking wine. I push myself to call instead of texting or writing e-mails, if the subject is important. I turn Wi-Fi off and put away my phone when doing something meaningful. I try to focus on one chat instead of many, though messaging apps are totally not designed for that. And yes, I also try to adapt, as self-restrictions only work to a limited extent.

But I feel all these measures are not enough. And what we need to fix these problems is a set of new ethical norms.

Modern society discourages a lot of things that were considered “normal” only a short time ago.

Is it acceptable behaviour to smoke in a cafe? Then why allow yourself to text someone or read e-mails while having a lunch with a friend?

If we are against, say, misogyny, why do we approve of meaningless sharing?

Is it ok to not wash your hands before you eat? Then why it is normal to have an iPhone in your bedroom and to stare at it immediately after you wake up?

There are some recent developments in creating new ethics and encouraging people’s rights to stay offline. France, for example, adopted a new law in 2017 that guarantees its workers the “right to disconnect” — literally, the right to ignore their smartphones during weekends and after-hours. A few thought leaders called to address this issue on a corporate governance level as well. Nir Eyal put it well in his recent talk: employers have to “build time to disconnect into their company culture”. But it’s also a band-aid: not being plugged in should be perceived as a normal and positive behaviour not only on the job. It should be normal in throughout our lives, on every level of them. It seems a long way to go.

0 comments on “The Right to Stay Offline”