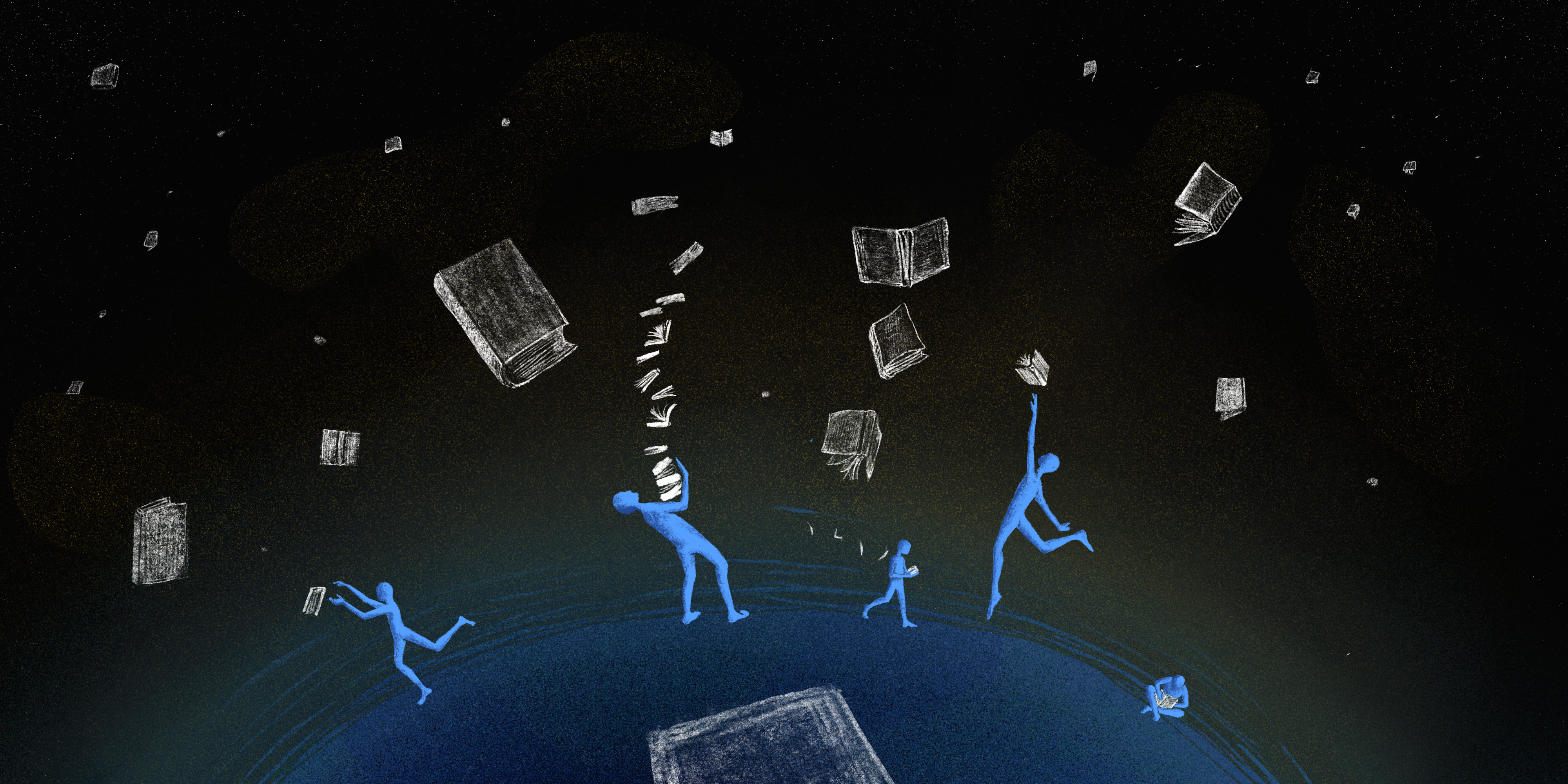 That books mean love to me was something that was clear from the moment I could read. I read all the books in the library and any books that I brought with me on holiday were not selected on quality but on size. Otherwise I would have finished them before the holiday had well and truly begun. But there’s one book, one particular book, that really means love to me. For me, that book told me: I need to do something with this. The Center of the World by Andreas Steinhöfel truly became the centre of my world.

The main character in the story is Phil, who lives with his eccentric mother, Glass, and his twin sister, Dianne, in a country house called Visible. The house is located on the edge of a city but they never visit that city. Because the people living there are strange. Although the people in the city think Phil and his family are strange too…

I think we all recognise at least one of the things we’ve been searching for, or still are…

Phil never knew his father, and, despite all Glass’ men that come and go, Phil has no idea what a father figure really entails. As if all that’s not enough, there is a strange tension between the twin sister, Dianne and mother Glass, but Phil doesn’t know why. His love for his friend, Nicholas, hurts Phil more than that it brings him joy. The Center of the World isn’t a happy story but a search for Phil’s father, Phil himself, friendship and love. I think we all recognise at least one of the things we’ve been searching for or still are. But that wasn’t what touched me about this story – it was mainly the style in which it was written, the way the words on paper come to life. Steinhöfel’s poetic sentences are magical, they softly grab your hand and take you through Phil’s story.

A world where I wasn’t

Steinhöfel brought me to a world where I’d never been before. Then I realised what a book really can do to you. It can create a world that doesn’t exist, nor one where I would want to live in. But Steinhöfel’s words shaped the sentences that shaped a world. It’s hard to explain what the words do without damaging them. Steinhöfel created a world that never existed, only in his own mind. By reading, the world transfers to the reader’s mind, to mine.

But those worlds don’t have to be exactly the same, without damaging the story in any way. Because when I tell you for example about Sara, a girl that looks like her name, with dark brown hair and eyes like Bambi’s, then you have a mental image of what she looks like. But is she tall? Skinny? Chubby? How long are her hairs? And are those hairs straight or curly? What does that even mean: “looks like her name”? For you, Sara is someone else than for me. But a good author makes Sara come alive and you a part of her world.

But what is that feeling that “I need to do something with this”, something with books? Ideally? I want to give people what Andreas Steinhöfel gave me: a different world, an experience, a fictional world where you want to go to, whether that world has more or less beautiful moments than your own life. Phil’s story is more complicated than mine, yet I chose with love to read every page and go even further in his world.

Ideally, I want to give people a chance to lose themselves in a non-existing world. To take a step out of their own world, to a place they’ve never been before. That they get to know people that will never truly be alive but that readers take along with them, wherever they go. Characters shaped by my own thoughts, but who live thanks to other people’s eyes.

Yet after all this impact, I’ve only read this book once, dared to read this book once. I was scared to read it again, and I still am, because I’m actually afraid that something important to me will lose its magic. Isn’t the book better in my mind? Better than it is in the reality made by reading it again? How can something that impacted me in such a big way touch me again? Will it lose its magic when the words are read again, by the same eyes? These are questions I’m not sure I will ever answer.

More stories about books & literature in our free newsletter!

0 comments on “Words in the middle of the world”