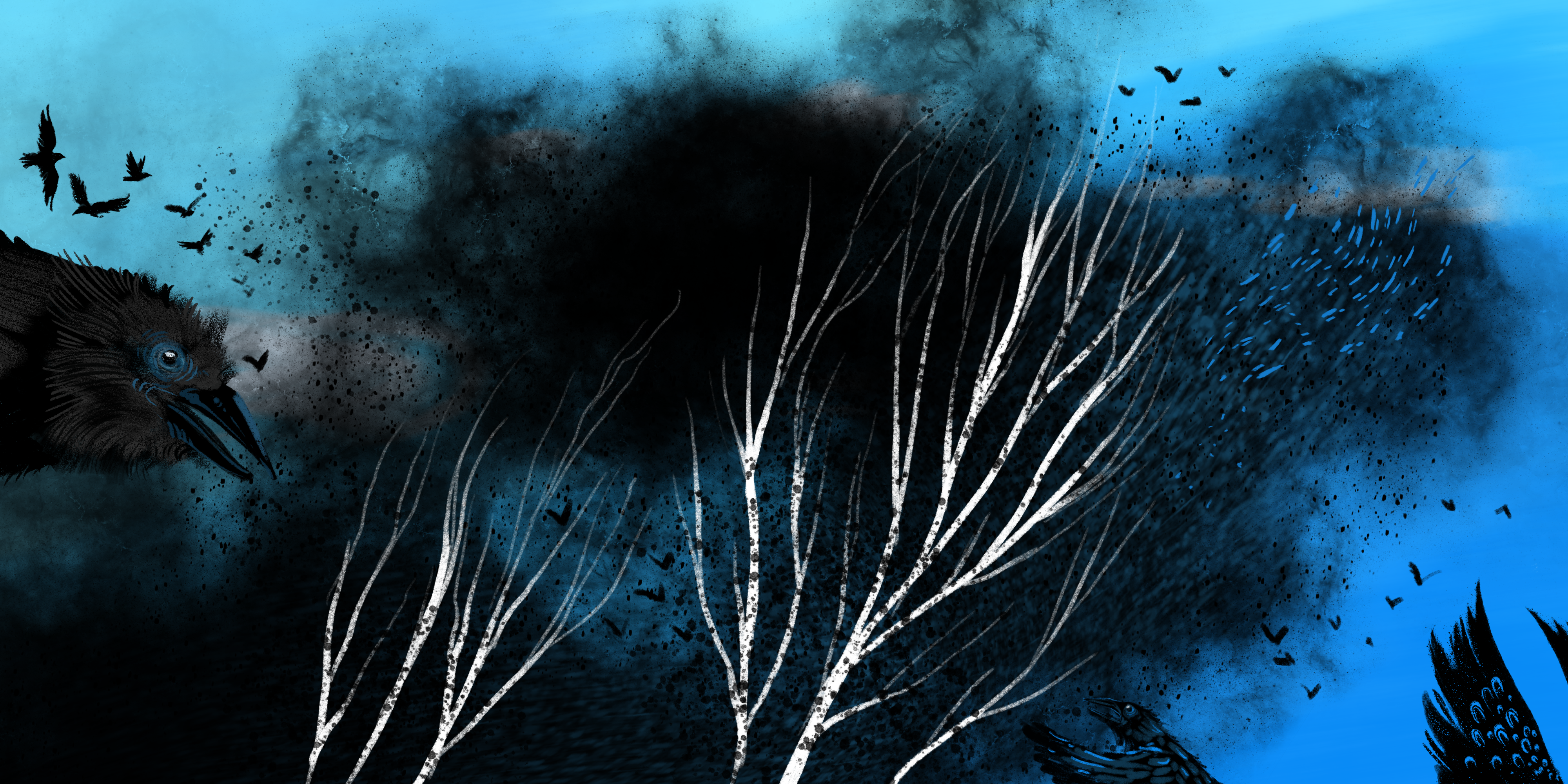 In the song ‘Too Many Birds’, Bill Callahan paints a beautiful portrait with his words and melody. It gave me a feeling that I found hard to shake. With songs like this it makes me think of what it all could mean, for me anyway.

The song can be interpreted in different ways. You can see it for example as a methaphor for mental restlessness. But for me, it made me think of how more and more people are living in this world… an absolutely overwhelming amount. The realisation that all these people have their own history, their own thoughts and personality: it’s hard to wrap your head around it.

In that way, they are just like the stars in the sky: it’s almost impossible to understand how much more than just little dots of light they are. It’s easy to see just a sky full of stars or a sky “full of black and screaming leaves”. But these things you see, those simplified images like black clouds and twinkles in the sky are more complex and different than that.

“The sky is full of black and screaming leaves”

We are not that different from those birds, stuck in the sky as flying creatures. We all feel stuck sometimes, stuck in an office or in a situation we don’t want to be in, between the boundaries of birth and death. Constantly busy with jobs and errands, coming home to find that things are not alright. That things are the same in a different way. It’s not hard to imagine the feelings of the blackbird sleeping on the stone.

If you look closely, you can always find small differences. Any creature can be beautiful if you take a good look at it. Black birds, for example crows, aren’t just black. They have fine details and differences that make them standout from each other. They’re not evil creatures, as is often implied in stories and movies. They are beautiful if you look carefully. Perhaps they themselves do not see mere black feathers, but all different colours and shades.

We don’t know how these birds see the world. Stepping outside our own perspective and trying to see it from a different point of view. As Callahan sings: “if you could only stop your heart beat for one heart beat”, and see the world in a different way might change your view.

The final section of the song, where Callahan adds a new word with every line he sings, is almost a poem in and of itself. If you hear the song for the first time you might think he finished his sentence when he says ‘If you could only stop your heart’ which would mean dying. But he continues by lengthening the sentence into ‘If you could only stop your heart beat for one heart beat.’ This could mean he’s just desperately searching for a way to find peace, in a physical sense or mentally. It depicts how thought processes go and how feelings and thoughts can change and evolve…

Listen to the song here.

In my artwork I tried to communicate the mood of the song. I used cold colours to show the blue feeling that the song evokes, but I also tried to add some details that show how beautiful these individual birds are, as they disappear, fading into the background becoming a black cloud.

Lotte Boots shares her thoughts about a song she’s been listening to, and draws original artwork to show her perspective of the song. You can follow her on Instagram.