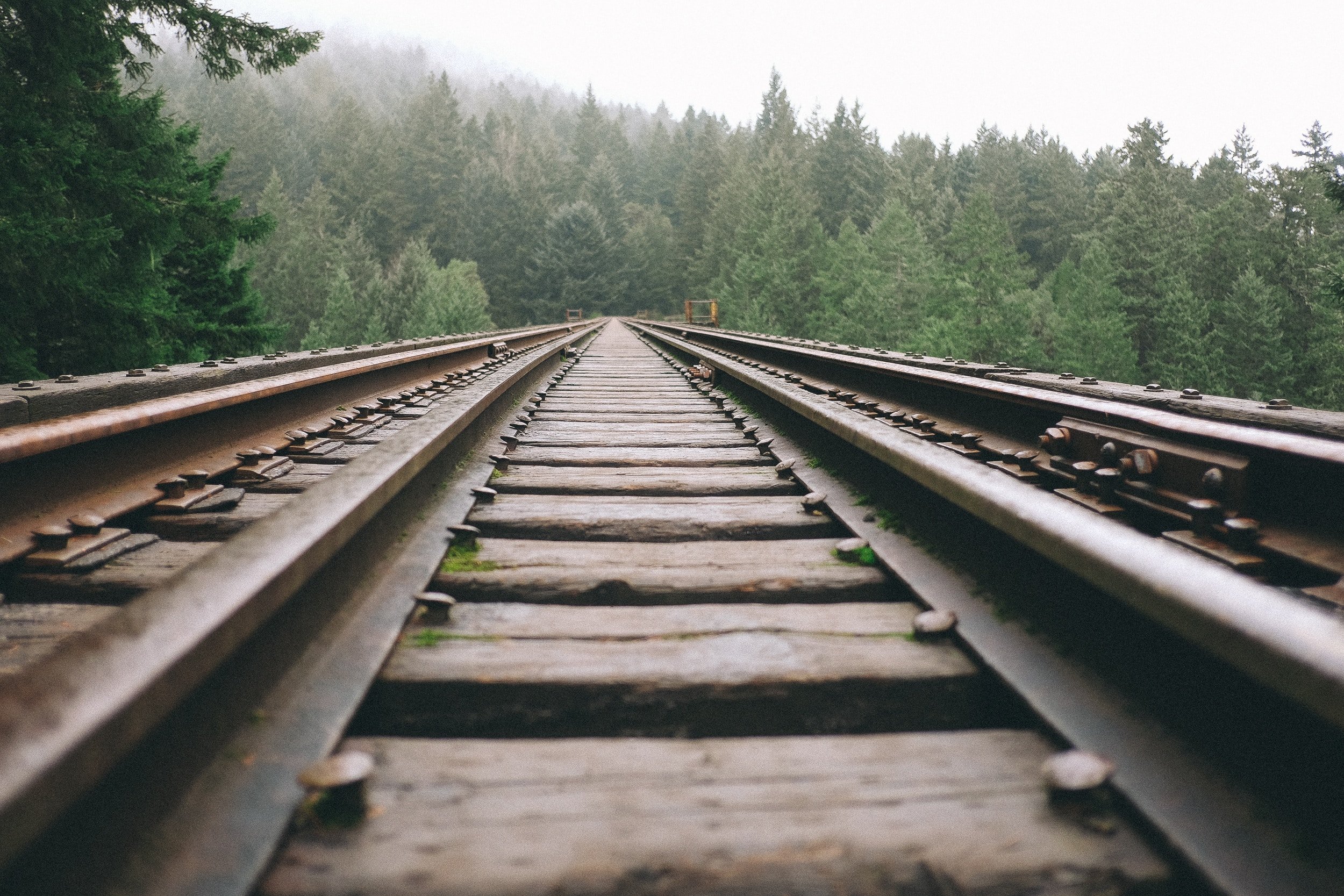 On #FridaysforFuture, Stefan Meeuws publishes a blog on going green. He has recently become a vegetarian, is switching to a greener bank and in general tries to reduce his impact on the environment. This blog is a personal account of the struggles and benefits he experiences on his quest to go green. He hopes to inspire readers, but also be honest about what it’s actually like to do some of these things. Today: going on holiday by train.

Going on holiday by plane must have been like a dream at first. Travels that would have taken you days were suddenly a matter of hours. And then reality sets in: it’s bad news for the environment, and that means it’s bad news for us…

Besides, making a journey by plane is often a crappy experience: unless you pay a lot of money – and sometimes even when you pay a lot of money – you’re stuck in seats that are often uncomfortable. You don’t have enough leg room and have to battle with your neighbor over the arm rests. All that happens in a noisy cabin full of random strangers making loud noises and producing weird smells.

And that is only after you’ve jumped through the many security checks, waited for hours in an airport full of overpriced food and products and an overactive air conditioning. Which means people spend even more money: to access private airport lounges to become more relaxed, or to buy products like noise-cancelling headphones to bring them some peace of mind. You know what I often want while I’m spending time in an airport? A walk in the woods. Welcome in the 21st century everyone. Flying is awful, more often than not.

So why do it unless you have to? Looking at my previous flight trips, most of them were unnecessary. Unnecessary as in: the time it took to jump through the airport hassle, fly and then travel onwards, I would have been able to get to the same place by other means of travel. So I took only one flight in 2019 to Stockholm, which I compensated via the airline’s CO2 compensation program. The last few international trips I made have been by train. Which is so much better for the environment and apart from a few hiccups, very enjoyable. Here’s what I learned…

When you cross a border, you usually have to switch trains, unless you’re lucky. Different European countries have different train tracks or other technical differences. This means you may have to switch trains. Going from one international train to the next often results in some idle time at the train station. The main benefit is, however, these are located – usually – in city centres. Which means you can go sightseeing or shopping: whatever you like. And instead of paying too much for a soda or a coffee at an airport bar, you can just visit a local coffee place and pay a normal price instead. Win!

Thanks to the idle time between train journeys, I’ve spend time in Lille (France), London (at the British Library) and visited some sights in Brussels. I couldn’t have done that if I had taken a plane…

This Summer I went to France with my girlfriend. We bought Interrail tickets so we could travel freely throughout Europe. This is the case, as long as you don’t have to be anywhere at any time. For example, we made some reservations in advance at apartments in Lyon and northern France. Ideally, you book the journeys for your main travel days (across borders) weeks if not months in advance. Otherwise you may spend some of your time on your holiday trying to find the best journey to you next destination. And that is sometimes complicated, as trains will get fully booked usually.

If the high speed trains are fully booked, however, there’s often a slower option you can take. This means slower travel and dragging your luggage from one train to the next. So pack lightly or store your stuff in a locker… Now of course, if you are in no rush and just want to see where you end up, you can just take the slow trains and see where they take you. Take the road less travelled, and all…

Spontaneous travel is possible with an Interrail ticket, but not necessarily on the popular high-speed trains. I really hope the European Union will start investing in the railway networks properly, so we can have more trains, with higher capacity and less wait time.

All in all, it helps if you actually enjoy the travelling by train. Because it costs quite some time and it’s quite a hassle sometimes. Then again, once you’re actually on the train, it’s usually fine. For example: the train is often more comfortable… Trains are often less noisy, contain less people in a small area (unless you’re caught in a rush hour train) and there’s always something to look at outside.

Boarding a Eurostar train is definitely similar as going to the airport, with the main positives being that you can take much more luggage with you and you can take liquids (like shower stuff and tooth paste) with you as well.

Travelling is always a hassle in my mind, but we do it because of the positive inspiration, fun times and memories we get in return. Travelling by train means your train travel is not simply the trip to the destination, but the actual start of the holiday. Just get your holiday vibe ready as soon as you board that train. Don’t panic if things take a little longer, and make sure you know when you have to switch trains. And when the view is boring, make sure you have a conversational partner, a book or a movie along for the ride.

And let’s hope the European Union will invest in train travel and a better European railway network. There’s huge potential in it, especially if they can make it easier to book train journeys with multiple operators and up the travel speed across borders. If the European Union is serious about European train networks, they have to stop giving tax breaks to flight operators and start funding railway improvement all across the continent.With some optimization, travelling times can become much shorter and the travel itself a lot easier.

So with all that I’ve learned I’m happy to keep on travelling by train when going by plane is unnecessary. In fact, I’m gonna try to take no plane journey in 2020 that isn’t absolutely necessary. So hopefully I’ll board NO planes this year. Here’s hoping it gets easier and easier to do that…