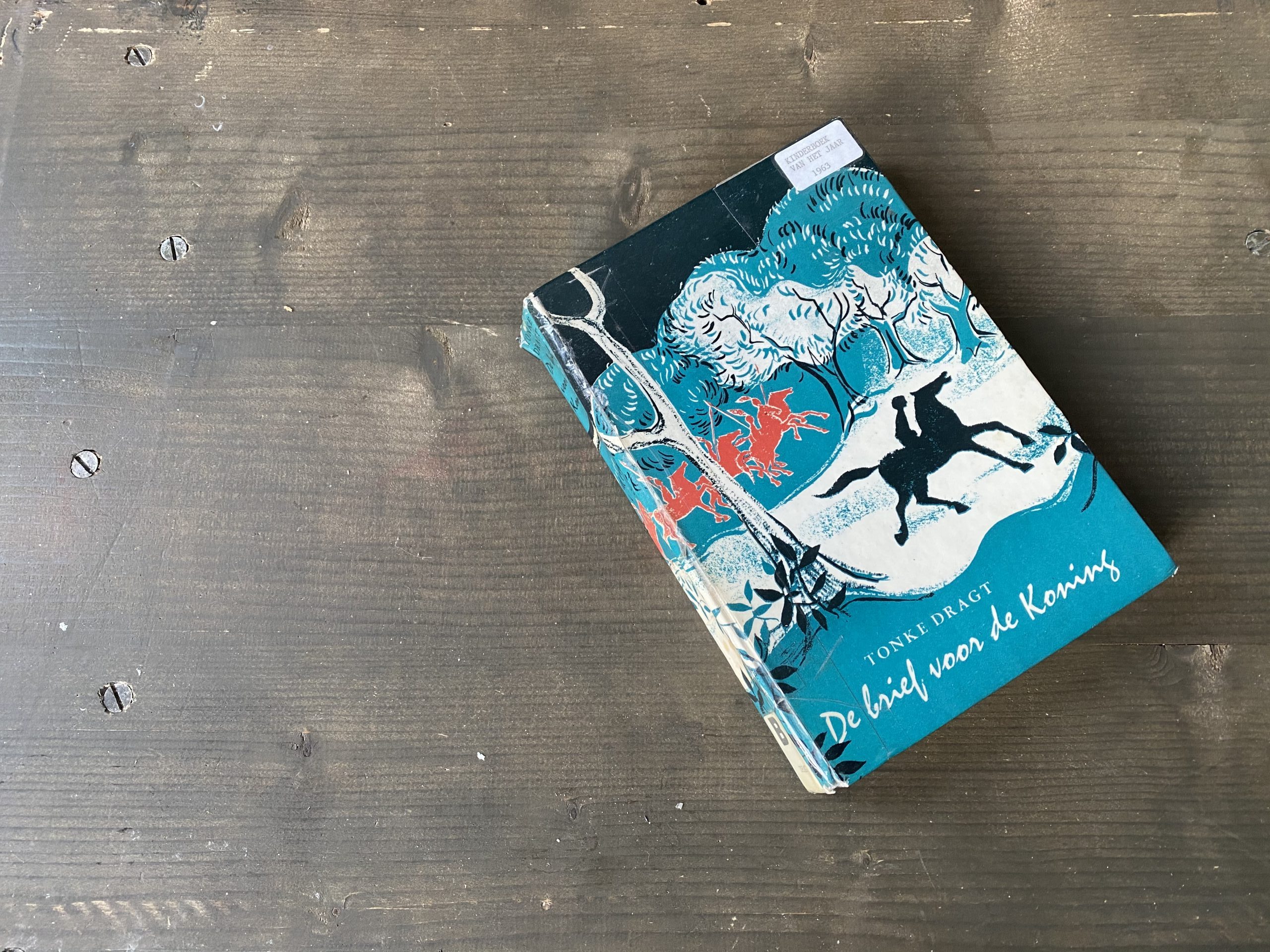 The last time I’ve read The Letter for the King (De Brief voor de Koning) by Tonke Dragt before writing this article, was over ten years ago when I was still studying. I disappointingly discovered that the book was not as epic as I remembered and – having grown used to more modern children’s books – not as fast-paced as I remember either. This year, with a Netflix original series based on the work being released, I felt it was an excellent reason to revisit this book yet again and see what I got from it in 2020. The answer: a lot more than from the series based on it.

The story itself is holding together remarkably well, even though my copy of the book is only held together by sticky tape. My old copy of Tonke Dragt’s The Letter For The King (Brief voor de Koning), now a six-part-Netflix adventure series, technically isn’t even my copy. It belonged to the local library, until it was in such a state they sold it instead. I can remember buying books in the tiny village library before it closed down, but whether that memory is of buying this book, who knows?

The story is surprisingly humble and simple for an adventure book full of knights, some minor magical elements and many medieval influences. A teenage squire needs to deliver a letter to a king, to prevent great evil from happening. He must travel across several kingdoms to do so, all the while squandering his own chances of becoming a knight, dressing up as a monk and getting captured and kidnapped several times along the way. The quest to deliver the letter and the lessons learned on the way are the important bit here. While the ring in Lord of the Rings actually brings some elements to the story – making Frodo invisible and drawing evil forces to its location, in The Letter for the King the letter is merely a letter, and barely one at that. In modern days, the main character Tiuri could have simply sent a text. Ah, the conveniences of modern times.

Which makes it an interesting selection to be turned into a Netflix series. There are many great children’s books in Dutch literature which would make for a great movies or TV series. Primary example of this is Paul Biegel’s The Little Captain (De Kleine Kapitein). it could be a more wholesome Pirates of the Carribean-type franchise with mythical elements, including cliffs that turn into dragons at night, a ghost town and treasure chests that must be delivered all over the world. There is so much material in this trilogy of books that might be more suitable for a modern audience. Compared to each other, The Letter For The King is minimalistic and direct. Which I guess, also leaves a lot to the imagination of the reader.

Revisiting the book in 2020 I found the book to be less slow than I remembered as a student. Yes, it’s a children’s story and a very well-behaved one it is. But it holds together remarkably well. Tiuri isn’t the most distinct character, being a brave and noble young boy, and that’s about it, at least it means that a lot of people can project their own ideas on him and the cast around him. There’s a lot fantasy left to fill in by the reader in this fantasy novel. Which is an art from that feels long lost in this day and age.

Watching the Netflix series in 2020 was a different sensation to say the least. I kept coming back to my own copy of the book, that I had to tape together with sticky tape before I could read it. I can’t help but think that the creators of the Netflix series also had a copy that was falling apart. Besides the names of the characters, the location and some vague sense of the mood, very little is left of the original work. There’s a lot more world building happening here, which means that it’s no longer enough for the story to simply be about a young boy delivering a letter with his new friend.

I understand the need for additional plot points, but the Netflix series oversells itself: many of the plot points introduced never get resolved, apart from the main story. Every other character appears to have magical abilities or some other skill or reason why they’re extraordinary. This was simply not necessary. Instead of teasing magic abilities for a minor character, just in case the series gets renewed for series 2, it would have been better to focus on all the (political) plot points getting properly resolved, and then maybe teasing some stuff. Sadly, they the plot hardly has the impact it needs to stick the landing.

What I like about the series, is that as we get to the final chapters, it finally starts toying with expectations and twisting the plot in an interesting way. The cast of characters is much more diverse than the book, which has almost no female, gay or culturally different characters to speak of. The best the book can do is have a fool that is very wise, and a female character who features solely as a love interest. While the Netflix series fixes this, there’s still some very disappointing tropes that we should be moving past by now (hint: do not bury your gay characters).

Also, the fact that we mostly experience Lavinia from Tiuri’s perspective is rather disappointing, especially as her importance grows towards the end. It’s like the show runners started to make this into an inclusive ensemble show, but ended up distracted by the magic of Merlin, political plotting of Game of Thrones and ended up not delivering on any of these. It’s like they started of with: this a show about friendship and adventure and then forgot about the first thing completely.

By making the world this big and trying to make story more epic than the book, I feel like mistakes were made. By creating a small story in a big world, The Letter For The King series could have been an homage to book: character development spurred on by magical surroundings and dark secrets. By creating a more epic tale that twists expectations, it could have been a refreshing family series that does right to all of its characters. In the end, the series is neither, and the connection to the book turns out to be a fleeting one. Which is disappointing, because some of the acting is excellent and when the series does work it’s very entertaining.

I know the book is 58 years old in 2020. I know it’s a whole different thing to write down a story you told in class to keep children focused, than it is to make a fantasy adventure TV series. But Tonke Dragt’s work, reading it once again in 2020, proves to me that less is indeed more. It’s hard to imagine the TV series captivating minds 60 years from now, while the book will remain a classic for years to come.

Perhaps, one day, there’ll be another shot at capturing what makes Tonke Dragt’s story great. I hope they realise that story tellling for visual media is not just about throwing as much as the budget allows on the screen. It’s about telling a great story. And an evil prince, a great hero and street-smart characters only have as much impact as the story they’re serving. And Tonke Dragt’s children novel should serve as a reminder of that. I honestly think that there’s a great 21st century children’s series or movie in the novel and its sequel. But sadly, this wasn’t it.

0 comments on “Almost every letter changed: Netflix’s The Letter For The King”