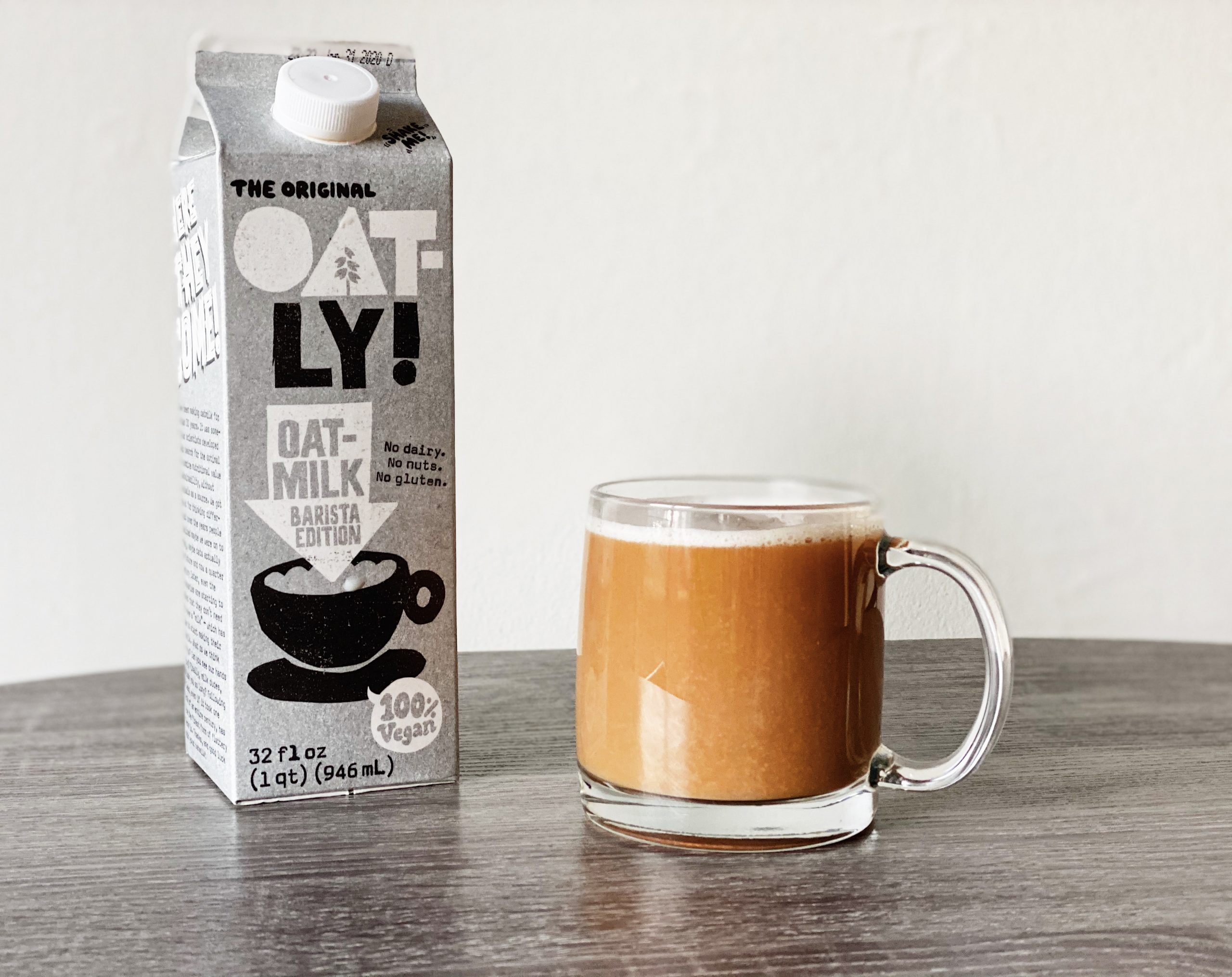 It’s a problem environment friendly folks run into frequently. Green companies taking money from companies that aren’t green. Recently,oat drink company Oatly made the news for taking private equity money from an investment firm called Blackstone. The slightly ominously named company is linked to all that’s”currently evil in this world. For example, the head of Blackstone is a prominent Donald Trump supporter and donor. And the firm is also linked to investing in companies that do evil things, like illegal Amazon deforestation (which they deny). So do we now stop consuming Oatly, which is marketed as a CO2-friendly alternative for dairy? What should we do in situations like this?

Now, Oatly taking money from dubious companies to grow faster and reach more people is nothing new. In the last few months I’ve bought products from De Vegetarische Slager (The Vegetarian Butcher), which is part of food giant Unilever. Unilever also sells products made from animals. So is the “Butcher” still “Vegetarian” then? Or am I not fixing anything by switching to a supposedly greener alternative for meat?

Or take another Dutch brand: Vivera, which used to be a part of a meat-processing company up till 2019. Since then, it has gone independent and fully meat-free. But I bought Vivera before that happened plenty of times. Would Vivera have been able to survive and grow as much up to 2019 without their meat-processing family? Could the international expansion of The Vegetarian Butch have been possible without Unilever money? Would Garden Gourmet be growing as much without Nestlé? At this rate? I’m gonna guess: probably not.

And this, of course, is what has driven Oatly in the arms of Blackstone. On Twitter, they explained in a statement that this basically helps them grow faster and make more products, as well as helping Blackstone turn more green. They’ve said the same on their website. What hurts to particular vocal supporters of Oatly, is the wording of that statement, which is a far cry from the branding they have on their packaging and website.

When one Twitter user asked in the same thread whether the company now supported Donald Trump, they replied:

“Hi, we’re a food producer and a sustainability company, so we’re supporting the necessary shift from animal-based production and consumption towards plant-based. In regards to Blackstone’s support or actions outside of Oatly, we suggest you speak directly to them. Love, Oatly“

Which, you know, technically is probably true, but it’s quite a different tone of voice from the statements on their packaging, challenging the “Food Industry” to show their CO2 emissions and climate footprint on their packaging. It’s understandable that folks trying to be green see that one of their favourite brands is now linked to Amazon deforestation and illegal soy trade.

Another one bites the dust, then? Is the competition much better? Alpro is part of dairy giant Danone. Provamel, it turns out, is nothing more but the organic version of Alpro and is part of the same company. I thought I was avoiding the dairy industry by going plant-based…

How to vote with your wallet?

I subscribe to the theory of voting with your wallet: spending your money on things that are healthier, greener or simply better. As long as our governments aren’t encouraging us to go green by implementing CO2 taxes and subsidize healthy and green living, I try to do my bit by cutting back on diary.

The thing is, it’s hard for consumers to find out about the full economic workings of these brands. The Oatly deal was, apparently, announced back in July, but I found out about it in early September. Similarly, I lived my life thinking that I should probably avoid Vivera when possible because of their meat industry connections… Turns out they’ve gone meat-free for over a year now.

Often, these greener alternative companies aren’t very forward about their food industry giant relationships… The Vegetarian Butcher, at least here in The Netherlands, doesn’t have an Unilever logo on their packaging. Nor are Alpro and Provamel shouting from the rooftops they’re part of Danone. These brands often have extensive origin and brand story articles on their website, but nowhere does it say: “hey, we’re like a green alternative for dairy, but we’re actually part of a company where half of the income comes from dairy products. And we help kill our planet!”

So how do we vote with our wallets then, if every other food company turns out to be part of bigger, evil machine? Well, if we can truly find independent, green companies: sure, go ahead, give them your money, encourage them to grow. But not every consumer is gonna do the research. And in that case: what do we feel is better? Buying dairy? Or plant-based brands owned by evil corporations? I’d argue that buying Oatly is still better than buying dairy products.

There is a case to be made that evil investment firms and food giants investing in green companies is a good thing: after all, if plant-based foods are ever to become as big as meat and dairy are now, they’re gonna need all the investment they can get. And if we’re trying to reduce the food industry’s CO2 impact, these alternatives need to become mainstream really fast. And investment firms need to go green too, after all, by investing their money in companies that are in fact trying to battle climate change in their own way.

Still, it stings. It’s not nice that for every euro, dollar or yen you spend, some of it goes to morally dubious companies and the people that own them – including climate change deniers or even racists. But if we want to change this, maybe we shouldn’t blame Oatly for selling out to the devil. We should get our governments and financial institutions to stop allowing a system to exist where companies and investment firms can get away with destroying our planet and societies in the first place. We need more transparency on who is destroying our planet and most of all: this should be made clear in a way that everyone can observe when purchasing any product or service.

Ideally, I’d want to know if binging that Netflix series is worse for the planet than buying Oatly or eating Gouda cheese. We need the information to go green. Because if we don’t all go green together in the future, we won’t be on this planet for much longer. So yes: if you have the means and time: try to find out a greener alternative – as far as I can see the brand Minor Figures is independent for example. But I hope that eventually we can find a way to truly encourage green investments, green growth and a green society.

In [Going Green], Stefan Meeuws writes about his struggles on, well, going green. Since becoming a vegetarian in 2019, he has switched to a greener bank and has been trying to reduce his impact on the environment. This blog is a personal account of the struggles and benefits he experiences on his quest to go green.

0 comments on “Going green [4]: Voting with your wallet”