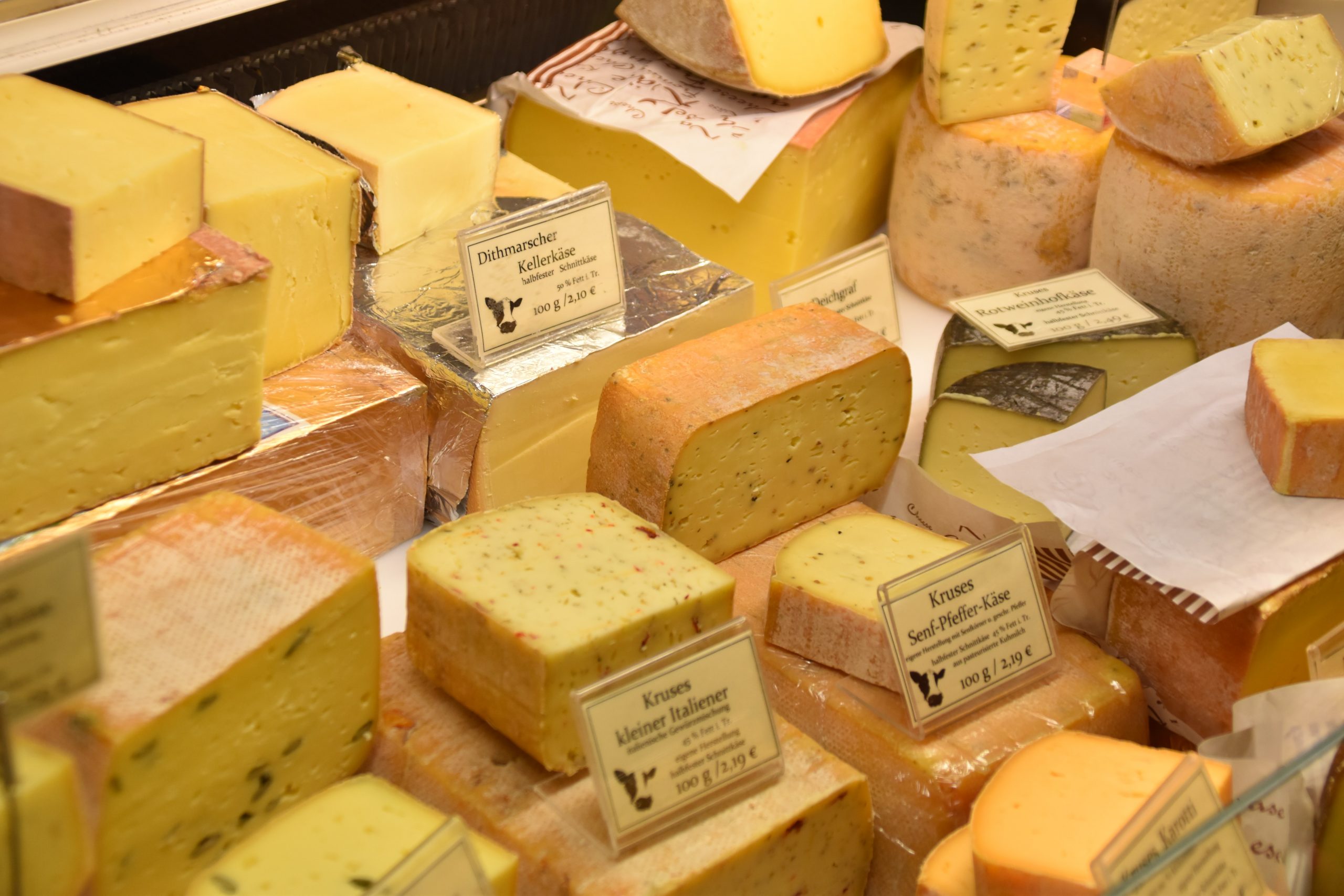 In the Summer of 2019, after attending barbecue with way too much meat on the grill that can possibly be safe, moral and responsible, I decided to become a vegetarian. I had been eating less and less meat over the last few years, having been a pretty big fan of it throughout my teens and early twenties. Sure, I’d miss out on some prime cuts and bacon, but I figured I’d be alright. And I’d always have cheese, right? Cheese is heaven.

But cheese is not heaven for cows (and other animals that produce milk) and that’s something I’ve been aware of for a fair few years. What is the point of going vegetarian if there’s still animal cruelty happening in the diary industry – cows and their calves being separated from each other, for example – and the CO2 emissions are still happening. Every little bit helps perhaps, and I have some hope that the Dutch dairy industry is slightly less crap than in some countries, but still the whole intensive farming industry is simply not sustainable for the planet.

A few weeks ago, I said to my girlfriend I could see myself going vegan in the next five years. But if I’m honest, with the way this planet is going, I keep thinking I should take more drastic impact one of these days. So where possible, I’ve tried to cut out dairy already. I stopped eating traditional cow yoghurt since last year, switching to more expensive plant-based alternatives for now. I’m ready to try start making my own plant-based yoghurt at home soon, in the hope to reduce the grocery costs. I’m still on the lookout for the best recipe for plant-based yoghurt, so I’ll have to report on that later.

But cheese, you know, cheese is addictive, at least according to some studies I haven’t properly read yet. So is it true? From personal experience: yes. Apart from some holidays, I ate cheese almost every day of the part of my life I can remember. I remember standing next to my mother in the kitchen as she slid off the first few slice of a new piece of Gouda cheese. I eat cheese on bread, in dinner – I even horrified my friends by mixing it in some Asian rice dish once (admittedly not a perfect combination) – and as a snack. Every day is a cheese day.

Last year, I tried to some plant-based alternatives for cheese which were horrifying, but in recent months I’ve found some that were pretty okay. The structure was decent, the taste was okay. And combined with bread, or as a topping on a dinner they pretty much could be mistaken for real cheese. Great news. I should probably have stopped eating cheese as a snack anyway, years ago… But I even tried to snack some plant-based cheese slices (by Violife, and it wasn’t bad at all). So we’re getting there!

I haven’t found alternatives yet for more interesting, smellier cheeses. And more importantly: no alternative for glorious halloumi yet. The road to completely cutting out cheese feels very long when I think about these.

But then I think of my Going Green-journey so far. So here’s the next step I inevitably have to take…: start my own plant-based cheese company and not rest until I have a vegan way of making halloumi…

Or, more seriously, start reducing my cheese intake… When the plant-based alternative is good enough, I’ll go with that. So no more shredded cheese (or real mozzarella) on my homemade pizza, pasta and other dishes. And no more cheese-binging as a snack… Let’s try that for a month. And see where we go from there.

I am worried whether I’m sucking some of the joy of eating out of my life. These days, in lockdown due to the coronavirus, life is hard enough after all. But voting with my wallet and supporting plant-based restaurants and businesses feels like an essential step in this times when it comes to reducing my footprint and making tiny steps towards going more green. So let’s try. I’m not ready for cutting cheese out completely. But I should be more aware of when I consume it, and start consuming a whole lot less. If we all did that, perhaps we wouldn’t need as many megafarms and animal cruelty, after all…

All in all, I’m not vegan yet. But it no longer sounds as extreme as it once did…

In [Going Green], Stefan Meeuws writes about his struggles on, well, going green. Since becoming a vegetarian in 2019, he has switched to a greener bank and has been trying to reduce his impact on the environment. This blog is a personal account of the struggles and benefits he experiences on his quest to go green.

The not particularly vegan cover photo is by Waldemar Brandt on Unsplash. Going Green logo animation by Lotte Boots.